During 7 years of service in the Massachusetts Army National Guard with deployments to Iraq and Afghanistan the following Military Medals where earned:

Listed in order as appears on ribbon rack shown above:

In 2012, Donald Jarvis was also presented a “Letter of Appreciation” from Sergeant Major of the Army Raymond Chandler III. 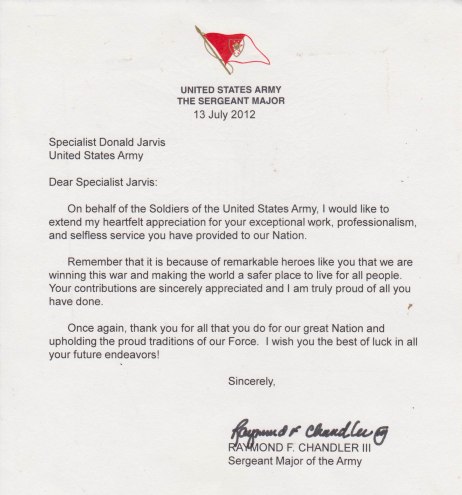