Months following the event I set up a local fundraiser show to raise funds for the OneFund. The show featured local bands, and pulled support from community.

The headlining band ended up winning a raffle item prize which was donated by the New England Revolution, the Ceremony Coin Toss. The band was also given 4 Club Seats, and VIP Parking. Following the coin toss the Revolution Organization thanked them their efforts and supporting the victims of the Marathon Bombing.

This event raised $1,600 which was donated to the OneFund and supported victims of the Boston Marathon Bombing. 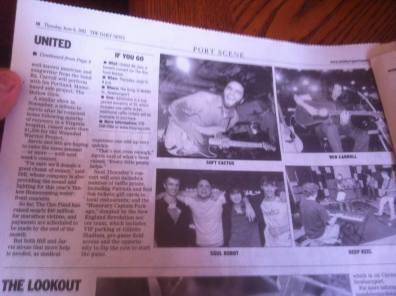